The English East India Company's “company-state” lasted 274 years—longer than most states. This research note uses new archival evidence to study the Company as a catalyst in the development of modern state sovereignty. Drawing on the records of 16,740 managerial and shareholder meetings between 1678 and 1795, I find that as the Company grew through wars, its claim to sovereign authority shifted from a privilege delegated by Crown and Parliament to a self-possessed right. This “sovereign awakening” sparked a reckoning within the English state, which had thus far tolerated ambiguity in Company sovereignty based on the early modern shared international understanding of divisible, nonhierarchical layered sovereignty. But self-possessed nonstate sovereignty claimed from the core of the state became too much. State actors responded by anchoring sovereign authority along more hierarchical, indivisible foundations espoused by theorists centuries earlier. The new research makes two contributions. First, it introduces the conceptual dynamic of “war awakens sovereigns” (beyond making states) by entangling entities in peacemaking to defend sovereign claims. Second, it extends arguments about the European switch from layered sovereignty to hierarchical statist forms by situating the Company's sovereign evolution in this transformation. Ultimately, this study enables fuller historicization of both nonstate authority and the social construction of sovereignty in international politics.

"Algorithmic Governance and the International Politics of Big Tech." Perspectives on Politics (2021)

Big technology companies like Facebook, Google, and Amazon amass global power through classification algorithms. These algorithms use unsupervised and semi-supervised machine learning on massive databases to detect objects, such as faces, and to process texts, such as speech, to model predictions for commercial and political purposes. Such governance by algorithms—or “algorithmic governance”—has received critical scrutiny from a vast interdisciplinary scholarship that points to algorithmic harms related to mass surveillance, information pollution, behavioral herding, bias, and discrimination. Big Tech’s algorithmic governance implicates core IR research in two ways: (1) it creates new private authorities as corporations control critical bottlenecks of knowledge, connection, and desire; and (2) it mediates the scope of state–corporate relations as states become dependent on Big Tech, Big Tech circumvents state overreach, and states curtail Big Tech. As such, IR scholars should become more involved in the global research on algorithmic governance.

This research note unveils new archival evidence from Amnesty International's first 25 years (1961-1986) to shed light on the realization of international human rights as Amnesty balanced “non-political politics” through multifaceted government relations. The research draws from minutes and reports of 80 meetings of Amnesty's executive leadership and interviews from the 1983-84 Amnesty Oral History project, all collected from the International Institute of Social History. The records show that during this time Amnesty relied on government and foundation funding to exit a severe financial crisis. Amnesty also cultivated a private diplomatic network with governments for access and advocacy and conducted side bargains with closed countries for access and reforms. In one sense, the new evidence complicates the conventional wisdom that Amnesty was only financed from small, individual donors and stayed away from private government dealings. In another sense, the new data extends existing insights about INGO strategic action by revealing Amnesty's pragmatic trade-offs when maintaining arms-length relations with governments to better appreciate the organization's early challenges and accomplishments. The note ultimately contributes to scholarship on the strategic choices of INGOs and provides new data for future research on the agency of nonstate actors in global governance navigating complex government relations.

Recent public discourse and political theory center on “structural” approaches of assigning responsibility for injustice in con- trast to an “interactional” perspective. The interactional approach corrects discrete harms between agents to return to a just baseline, whereas the structural approach casts a wider net implicating agents in harmful structures for systemic transfor- mation. This theory note advances the understanding of structural responsibility in international relations by defending it against common critiques of underspecification and lack of targeted accountability. We argue that structural arguments are better understood as constituting a framework on the nature of injustice rather than a theory or descriptor of particular harms. We present a “framework, theory, action” heuristic, drawing from constructivism’s evolution from a theory (like realism and liberalism) when it first appeared to a framework (like rationalism) more recently. Our framework heuristic makes available a fuller range of conceptual tools to hold unjust structures responsible, including through targeted blame and liability, and discards the need to invent new actions to discharge structural responsibility. Rather than settle on one definition of structural responsibility—what it means, where it is located, and how it is discharged—we direct scholars to the numerous ways structural responsibility may be theorized and enacted.

This article presents social construction as a research framework, rather than an explanatory theory in constructivism, to outline different research strategies. Varieties of constructivism thus far conceived in International Relations prefer cleavages where scholars are regarded as thin/thick, conventional/critical, or mainstream/radical. In contrast, I introduce a new landscape of social construction to show unique mechanisms for socially constructing international politics. The new landscape varies on two dimensions. The first, source of socialization, asks whether scholars treat social context as fixed in discrete, observable forms or as fluid in indiscrete, shifting arrangements. The second dimension, focus of analysis, asks whether scholars primarily study social structures, social subjects, or some interaction of the two. The dimensions make visible a multitude of research strategies with implications for the stability of social processes and the potential for causal analysis. Moreover, within this landscape, the article focuses on four processes of social construction – aggregating, assembling, internalizing, and performing – as seen inductively through examining prominent constructivist projects. Disaggregating the many processes avoids the misuse of social construction as a catchall mechanism. Finally, the article applies the select processes to the social construction of international norms to better grasp the relative payoffs of constructivist IR scholarship for research and teaching.

Typical scholarship on international organizations (IOs) focuses on the effects that IOs have on international relations. As Ian Hurd clarifies, such effects inform an IO’s ontology as actor, forum, or resource. This paper thinks with and beyond such contributions by more closely aligning outcome to process for a relational reconceptualization of IOs. In addition to analyzing what they explain about international politics, sociological approaches to IOs should also treat IOs as entities to be explained. I argue that IOs are assemblages of diverse actors projecting coherence in order to authorize particular identities, knowledges, and actions. Power flows through the construction process of IOs as their roles of actor, forum, or resource are constitutive with their socially mediated processes of assembly. Introducing the vocabulary of assemblage opens up space for understanding IOs as contingent settlements of varied organizational politics and competing tensions. The negotiation of these settlements deserves as much attention as the effects on international politics they make possible. 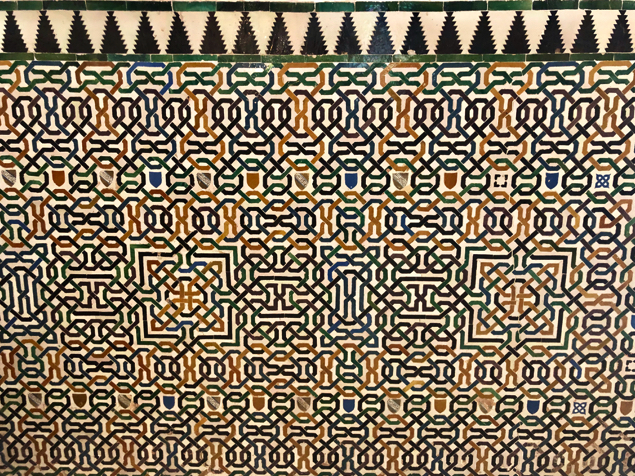